Symptoms of a Blown Head Gasket 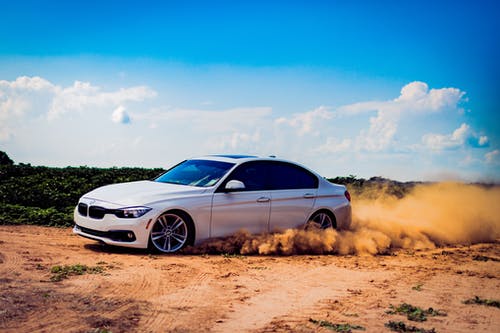 A blown head gasket is disastrous. It’s bad news. If you suspect yours is failing, you must act quickly. A head gasket can fail in seven slightly different ways, as we recently discussed, and all of them are bad news for the engine. If you’re constantly trailed by a sweet-smelling white cloud, you can have a blown head gasket.

Head gaskets usually fail as the engine and head expand at different rates and the gasket is unable to seal the newly enlarged gap. This problem is exacerbated in some engines that use an aluminium head and iron cylinder block.

And some engines are simply equipped with insufficient clamping force from the head bolts, or with heads that are susceptible to warping and have a bad reputation for failure.

When a head gasket fails, it may lead to a variety of issues, including:

A head gasket failure may have been triggered by the engine overheating too many times (due to clogged radiators, coolant leaks, defective fans, and so on), but a blown head gasket would also cause the engine to overheat. This is true whether it’s a Toyota engine gasket or a Honda engine gasket.  Hot exhaust gases can leak into the air conditioning system, or coolant can spill into the cylinders and be driven off as steam, resulting in an overheated engine.

If the car is powered when overheating, the alloy cylinder head may warp, or steam may damage the catalytic converter, increasing the cost of repair dramatically.

The pressure of the cylinder is reduced if the head gasket fails in a way that the high-pressure fuel/air mix escapes. This lack of compression causes the engine to run rough and significantly reduces engine efficiency. This type of failure is usually followed by a sound similar to an exhaust leak.

The creamy sludge on the exterior of the oil filler cap or on the dipstick, often jokingly referred to as a “milkshake,” is one of the most well-known symptoms of head gasket failure. This happens when coolant gets into the oil and vice versa. While not definitive evidence of head gasket failure, this is a clear indication that your engine needs to be disassembled to locate the source of contamination.

With antifreeze in the gasoline, any driving would easily destroy the engine’s bearings. Repair necessitates at the very least an engine oil flush and a new oil filter, as well as the full teardown of the engine’s lower end to ensure the bearings are not harmed.

A defective head gasket often causes large clouds of sweet-smelling white smoke to emerge from the exhaust. This is due to antifreeze escaping past the gasket and into the pipes, where it is converted to steam during the combustion process. A less popular, but still probable, cause of blueish smoke is a leakage from an oil pipe to the cylinder.

Any of these gasket failures would allow burning pressure into the cooling system or the oil breather mechanism. This may be the cause if a radiator hose unexpectedly blows off its water socket or the dipstick won’t remain in place.